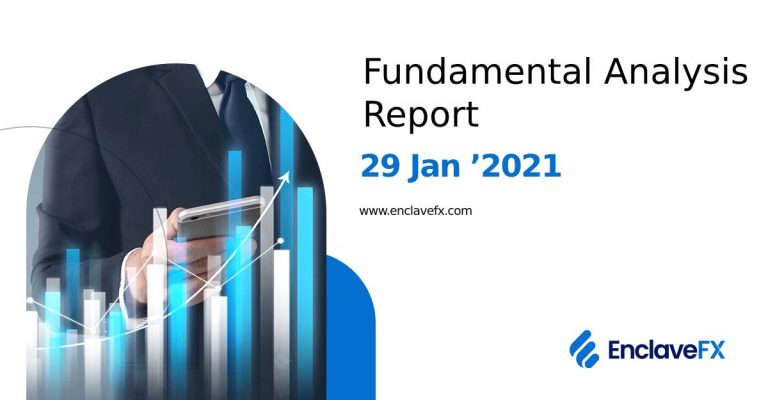 The verbal interventions of the European Central Bank could enrage Washington. And the ECB needn’t have interfered with the currency rates under the current conditions. The divergences in the economic expansion and vaccination rates press down the EURUSD. Let us discuss the Forex outlook and make up a trading plan.

If the ECB is willing to discourage investors by suggesting a potential interest rate cut, it should not mention the rise of Germany’s consumer prices. In January, the German inflation has surged from 0.7% to +1.6% and is likely to push the euro-area inflation up. This fact could mean that the European Central Bank will end the pandemic emergency purchase program earlier than expected, which could have supported the EURUSD bulls. However, the euro bulls haven’t enjoyed the success for a long time.

Following the president of the central bank of the Netherlands, Klaas Knot, the Governor of the Bank of Finland, Olli Rehn says the ECB will spare no effort to stimulate the inflation growth and is monitoring the euro exchange rate. According to Commerzbank, the choice of the European regulator’s information campaign means that it has declared a currency war. The Governing Council’s officials’ emphasis on cutting the interest rates and ordering research, whether the weakening of the US dollar is connected with a large-scale fiscal stimulus, suggests that the ECB is worried about the current euro exchange rate rather.

If the Commerzbank is correct, the ECB’s verbal interventions should disappoint Janet Yellen, who promised to stop other countries’ attempts to artificially depreciate their currencies. Besides, the inflation rebound could mess the ECB plans. The rise of Germany’s consumer prices could have resulted from temporary factors. However, according to the ING, ECB obviously underestimates the potential inflation growth following a period of persistently low inflation. The CPI increase will worsen the dispute among the Governing Council’s members, encouraging the ECB to start monetary normalization. If so, the EURUSD trend should turn up. However, the euro bulls are now concerned about defending their positions and preventing the euro from a deeper fall.

Slow vaccination progress in Europe and the fact that the USA, unlike the euro area, won’t slide into a double-dip recession press the euro exchange rate down. In fact, the ECB is going too far: verbal interventions are not needed in the current situation, they risk provoking the White House’s anger.

In 2020, the US economy contracted 3.5%, the worst since the end of World War II and the first recession since 2009. However, thanks to fiscal stimulus of $900 billion from Donald Trump and $1,900 billion from Joe Biden, the US GDP, following a weak start in 2021, should rapidly rebound in the next quarters. The IMF notes that the US economy has enormous growth potential, and the World Bank calls for winning the war on COVID-19 first and paying off debts later.

In contrast to the Americans, generously spending money, the € 750 billion European Recovery Fund, according to the ECB, will lead to a more than modest 1.5% expansion of the euro-area GDP.

Therefore, the economic growth gap and different paces of vaccinations in Europe and the USA will continue pressing down the EURUSD in the short run. If the price breaks out the support at 1.208, it could slide down towards 1.204, 1.199, and 1.195.

EUR is declining against USD during today’s Asian session, testing 1.2100 for a breakdown again. Correction factors at the end of the week remain the reason for the appearance of negative dynamics for the instrument, while the macroeconomic background is rather ambiguous. European investors were somewhat encouraged after the publication of statistics on consumer inflation in Germany. In January, the Harmonized Consumer Price Index rose 1.4% MoM after rising 0.6% MoM in the previous month. Analysts had expected a slowdown in the index to +0.3% MoM. On an annualized basis, prices increased 1.6% YoY after falling 0.7% YoY a month earlier. Forecasts suggested an increase of 0.5% YoY. Today, market participants are focused on the dynamics of GDP in Germany for Q4 2020. In addition, the largest European economy will report on the situation with the unemployment rate at the end of December.

GBP is trading with a downtrend against USD in today’s Asian session, correcting after a moderate increase the day before, which did not lead to another renewal of all-time highs for the instrument. Macroeconomic statistics from the USA published on Thursday turned out to be moderately negative. Annual data on US GDP for Q4 2020 showed a slowdown in the economy from +33.4% to +4% YoY, which, however, fully justified the forecasts. Such a sharp decline is associated with the coronavirus crisis, which forces the authorities to maintain restrictions on business operations and desperately spend money to support the population. At the same time, Initial Jobless Claims for the week ending January 22 showed a decrease from 914K to 847K, which turned out to be better than market expectations at 875K. Continuing Jobless Claims for the week of January 15 decreased from 4.974M to 4.771M, with the forecast for growth to 5.054M.

AUD is actively declining against USD in trading this morning session, returning to a downtrend after the extremely uncertain dynamics the day before. On Thursday, USD reacted with a confident decline to the publication of data on the dynamics of US GDP for Q4 2020, which reflected a sharp slowdown in the indicator to +4% YoY. However, the markets quickly recovered, given that the real dynamics of US GDP fully met the expectations of analysts. Today, traders are focused on macroeconomic statistics from Australia, which, however, does not have a noticeable effect on the dynamics of the instrument. The Private Sector Credit in the country in December increased by 0.3% MoM after growing by 0.1% MoM in the previous month. In annual terms, the dynamics added only 0.1% and reached the level of +1.8% YoY. The Producer Price Index in Q4 2020 increased by 0.5% QoQ, accelerating from +0.4% QoQ. Analysts had expected a slowdown to +0.1% QoQ.

USD is significantly strengthening against JPY during today’s Asian trading session, updating new local highs since December 10. The instrument adds about 0.28% and is actively testing the level of 104.50 for a breakout. USD is growing against the background of the publication of good macroeconomic statistics on the unemployment rate and consumer prices in Japan. In December, the Unemployment Rate in the country remained at 2.9%, while the market expected its growth to 3.0%. Tokyo Consumer Price Index excluding Food and Energy rose 0.2% YoY in January after falling 0.4% YoY in the previous month. Analysts’ forecasts assumed that negative dynamics would remain at –0.3% YoY.

Gold prices are consolidating during today’s Asian session, waiting for new drivers to appear on the market. The day before, the instrument showed active growth, responding to the publication of weak macroeconomic statistics from the United States on GDP dynamics and sales in the housing market. However, closer to the end of the trading session, USD managed to regain almost all of the losses due to technical factors, as well as the fact that the sharp slowdown in the US economy was partially incorporated into the quotes.

Gold continues to have some support from the delay in the approval of a new USD 1.9 trillion stimulus bill. The bill proposed by Joe Biden met with resistance among Republicans who consider it too expensive.

European markets are expected to open sharply lower this morning as a shortage of vaccines begins to bite, forcing some countries to delay their vaccination programmes.

Vaccines take centre stage today, with the UK set to approve one made by Novavax and the EU expected to give the green light to AstraZeneca’s jab.

EU officials are considering all legal options against vaccine manufacturers to ensure the bloc has enough jabs.

In forex, EUR/GBP sinks to its lowest level since May 2020.

The UK’s medicines regulator will soon make a decision on whether to approve the Novavax vaccine for use, according to prime minister Boris Johnson, after trials conducted in the UK suggested the drug is 89% effective.

The UK has already ordered 60 million doses of the vaccine and, if approved, it will be produced in Stockton-on-Tees. It would be the fourth vaccine to be approved in the country, with AstraZeneca-Oxford university, Pfizer-BioNTech, and Moderna all having received the green light so far.

The UK will ban direct passenger flights to and from the United Arab Emirates on Friday, closing the world’s busiest international airline route between Dubai and London.

Burundi and Rwanda were among other countries to the UK’s travel ban, designed to stop highly-transmissible new variants from spreading.

‘This means people who have been in or transited through these countries will be denied entry, except British, Irish and third country nationals with residence rights who must self-isolate for ten days at home,’ said UK transport secretary Grant Shapps.

France, Germany, Spain and Portugal are among EU member states that are starting to see delays in their inoculation programmes as a shortage of vaccine supplies hits the bloc.

Reports from Reuters suggest France has postponed giving people their first jab in Paris and two other regions that together account for one-third of the population. Portugal has also said the roll-out will be slower than first planned, while Germany has warned shortages could continue into April.

Fears are growing quickly in Europe that there isn’t enough vaccine to go around after AstraZeneca warned it would deliver 60% fewer doses to the bloc during the first quarter, while Pfizer has also suffered production problems in Belgium.

EU considers ‘use of all legal means’ to secure vaccine supplies

As tensions between EU leaders and vaccine manufacturers intensifies, the president of the European Commission Charles Michel warned the bloc should consider all its legal options to ensure it can secure the vaccines it needs.

‘If no satisfactory solution can be found, I believe we should explore all options and make use of all legal means and enforcement measures at our disposal under the treaties,’ Michel wrote to a group of EU leaders on January 27.

The EU is expected to outline its plans to increase monitoring of where EU-made vaccines are going today, prompting concerns that this is the first step toward the EU formally blocking manufacturers from exporting vaccines to other countries if it violates existing contracts signed with the EU.

The World Health Organisation’s director of Europe, Hans Kluge, warned countries needed to work together on vaccine shortfalls and said ‘no one is safe before everyone is safe’.

The reality is there is a shortage of vaccines… we don’t doubt that manufacturers and producers are working 24-7 to bridge the gaps and we’re confident the delays we are seeing now are going to be made up by extra production in the future,’ Kluge said.

WTI will remain in focus today with the Baker Hughes US oil rig count due at 1800 GMT, providing an insight into drilling activity in the country.

Market-moving events in the economic calendar

The economic calendar is light this morning and sees the KOF Swiss leading indicator at 0800 GMT, followed by Germany’s unemployment figures at 0855 GMT.

Attention turns to the US this afternoon, with spending and consumption data to be released at 1330 GMT. The Chicago PMI is due at 1445 GMT and pending home sales and the Michigan consumer sentiment follows at 1500 GMT. The Federal Reserve’s Robert Kaplan, the head of the Dallas Fed, will make two speeches, one at 1800 GMT and another at 2100 GMT. Mary Daly, head of the San Francisco Fed, will follow at 2225 GMT.