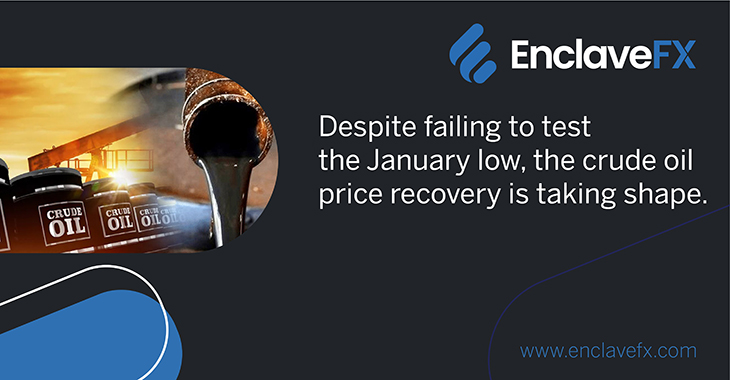 Talking Points about the Price of Oil

As it makes a string of higher highs and lows, the price of oil trades to a new weekly high ($82.94). Crude may continue to retrace its losses from the monthly high ($90.39) as data prints from the US give rise to a more optimistic picture for energy consumption.

According to recent Energy Information Administration (EIA) data, crude stocks decreased for the first time this month on September 23 compared to expectations for a rise of 0.443 million barrels. The Organization of Petroleum Exporting Countries (OPEC) may be influenced by signs of resilient demand as the group returns to its previous production schedule, and the group may provide a steady supply over the coming months as the environment of rising interest rates across advanced economies dims the outlook for global growth.

The most recent Monthly Oil Market Report (MOMR) asserts that "in 2023, expectations for healthy global economic growth, combined with anticipated improvements in the containment of COVID-19 in China, are expected to boost oil consumption," so OPEC may follow a predetermined course. It is unclear, however, whether the group will adjust its production schedule at the next Ministerial Meeting on October 5, given that US output is still below pre-pandemic levels.

A closer examination of the EIA records reveals that weekly field output shrank to 12,000K in the week ending September 23 from printing at 12,100K for four straight weeks, which may influence oil prices until then.

That being said, recent developments may support oil prices as expectations for strong demand are met with indications of a constrained supply. Additionally, crude may stage a more significant recovery over the next few days in the wake of the failed attempt to test the January low ($74.27), which it could not do.

As it reverses ahead of the January low ($74.27), oil prices form a string of higher highs and lows. The negative momentum may slow as the Relative Strength Index (RSI) moves away from oversold territory.

This Analysis is Based On Price Action Theory. According to ...

The most actively traded market in the world is a ...