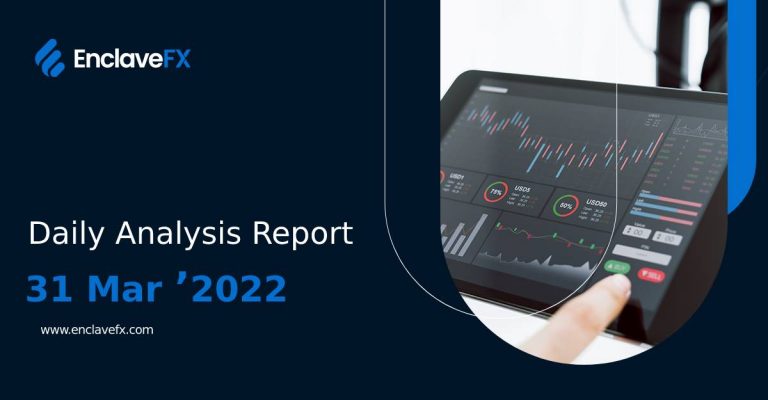 During the Asian session, the European currency traded flat against the US dollar, maintaining near local highs from March 1 and the level of 1.1170. Investors are expecting new drivers to arrive on the market. Thus activity on the instrument is still low at the start of the week. The single currency had seen a rather active increase the day before, aided by dismal US data, while European figures had little impact. GDP growth in Q4 2021 in the United States was revised to 6.9%, which is 0.1 percent lower than prior projections.

The Gross Domestic Product Price Index fell from 7.2 percent to 7.1 percent for the same period. Data from Europe showed a significant drop in business confidence in the eurozone and a record rise in inflation in Germany. In March, the eurozone Economic Sentiment Indicator declined from 113.9 to 108.5 points, whereas the market consensus was 109 points. In March, the Business Climate Indicator decreased from 1.79 to 1.67 points. The Consumer Confidence Index (CCI) stayed unchanged at -18.7 points. In March, consumer inflation in Germany increased from 5.1 percent to 7.3 percent, a new high and well beyond market expectations of 6.3 percent.

During the morning session, the British pound is losing momentum against the US dollar, prepared to test 1.3100 for a break. Expectations of a quick conclusion of a peace accord between Russia and Ukraine are dwindling, as market participants claim that no significant changes have occurred due to the negotiations, and basic tensions remain. The Russian Federation is lowering its force strength in one direction while strengthening it in another, which does not result in a truce as April approaches; when new rules for paying for Russian gas go into effect, demand for riskier assets declines.

If the systems for paying for “blue fuel” in rubles fail or the EU countries take a principled stance, supplies may be harmed. It’s worth noting that the UK’s reliance on Russian resources is substantially lower than, say, Germany’s. Today, investors are concentrating their attention on the most recent data on the UK’s GDP dynamics for Q4 2021. According to current predictions, the British economy is expected to increase by 1% QoQ and 6.5 percent YoY.

During the Asian session, the Australian dollar is sliding versus the US dollar, correcting following an erratic increase on Tuesday and Wednesday. As a result of the general downturn in market mood, the instrument is probing the level of 0.7500 for a breakdown. Hopes for a de-escalation of the crisis in Eastern Europe are waning, as Russian and Ukrainian officials’ rhetoric does not reflect the initial confidence voiced by participants in the Istanbul negotiations. Meanwhile, since Russian President Vladimir Putin ordered the transfer to ruble-based gas payments, probable delays in Russian energy supplies to Europe and some other nations have grown.

The AUD is now under pressure due to weak macroeconomic data from China. In March, the Non-Manufacturing PMI fell sharply from 51.6 to 48.4 points, while analysts predicted the index to rise to 53.2 points. Simultaneously, the NBS Manufacturing PMI decreased from 50.2 to 49.5 points, falling short of market expectations of 49.9 points.

During Asian trade, the US dollar has been rather active versus the Japanese yen, recovering from a two-day “bearish” rise that renewed local lows on March 25. As prospects for a peace deal between Russia and Ukraine resulted in a final ceasefire fall, demand for the US currency is gradually rebounding. On the other hand, buyers are wary ahead of the release of a significant batch of US macroeconomic data at the end of the week. The attention is on Friday’s labor market report, which will be used to re-evaluate the prospects for an earlier tightening of monetary policy by the US Federal Reserve at its May meeting.

Previously, Fed Chair Jerome Powell did not rule out raising the rate by 50 basis points all at once in response to rising inflationary pressures. The instrument’s dynamics are unaffected by today’s macroeconomic statistics from Japan. Industrial production in the country increased by 0.1 percent in February, a significant improvement from the 0.8 percent drop the month before but far behind market estimates of 0.5 percent. Production increased by 0.2 percent on an annual basis after decreasing by 0.5 percent in January.

During the morning session, gold prices are marginally lower, correcting after increasing the day before, driven by the return of the negative market mood. On Tuesday, gold retraced its February 25 lows, owing to the upbeat statements made by participants in the Russia-Ukraine negotiations following their meeting in Istanbul. There was anticipation that military action would drop substantially and that a truce could be declared soon. However, it was later revealed that such judgments were reached early.

The Russian Federation stated the continuation of key conflicts in the parties’ views (first and foremost on the territorial issue). It explained the drop in personnel numbers in two directions due to the military contingent’s planned regrouping. Today’s trading volume on the instrument is still quite low. Investors are waiting for new market drivers to emerge and the release of the March report on the US labor market, which is scheduled for Friday.