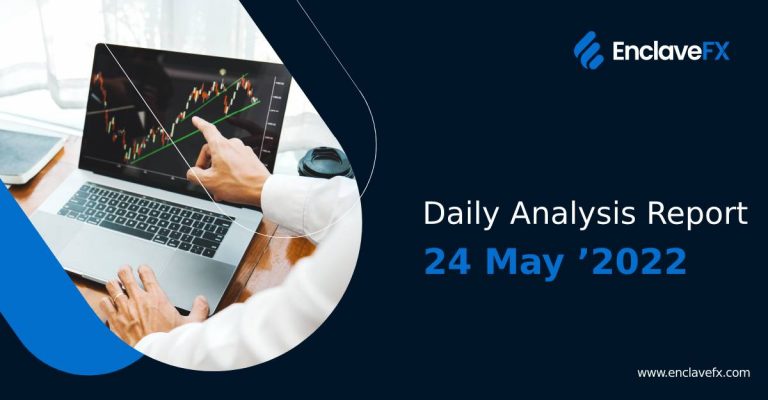 During the Asian session, the European currency is generally stable against the US dollar, maintaining near local highs from April 26. The euro rose sharply the day before in response to ECB President Christine Lagarde’s speech, in which she indicated a 50-basis-point rate hike at the end of Q3 2022. In addition, the ECB is expected to declare the conclusion of the quantitative easing program in early July, according to the official. Unexpectedly positive macroeconomic numbers from Germany were another “bullish” factor for the euro.

The German IFO Business Climate Index increased from 91.9 to 93 points in May, outperforming the projected decrease to 91.4 points. For the same period, the IFO Current Assessment index improved from 97.3 to 99.5 points, beating expectations of a drop to 97.2 points. While the market projected a fall to 85.8 points, the IFO Expectations index rose from 86.8 to 86.9 points. The emphasis of European investors today is on Markit data on industrial and service sector business activity for May. Another address by ECB President Christine Lagarde is planned near the close of the afternoon session.

During the morning session, the British pound is trading near zero against the US dollar, hovering near the local highs set the day before. The GBP/USD exchange rate is hovering around 1.2565, waiting for new drivers to emerge. The pound had managed to accelerate its growth the day before in response to unexpectedly positive statistics from Germany and the European Central Bank’s (ECB) tightening of monetary policy. The European Central Bank is expected to begin hiking interest rates shortly, positively impacting inflation dynamics, which are still at record highs.

On the other hand, analysts worry that tightening monetary policy could slow the region’s economic recovery. Today, investors anticipate releasing a UK business activity statistics set from Markit for May. Current projections point to a mild drop in corporate activity, but US data has not met optimistic expectations.

During the Asian session, the Australian dollar displayed a small loss against the US dollar, correcting following a very sharp rise the day before, which saw the instrument reach fresh local highs for the first time since May 6. The AUD/USD pair briefly consolidated above the high resistance level of 0.7100, but the “bulls” then marginally corrected. The devaluation of the US currency was blamed for the increased buying activity in statements by Christine Lagarde, President of the European Central Bank (ECB). She announced the conclusion of the bond purchase program in July and an increase in interest rates at the end of Q3 2022.

Weak macroeconomic data from Australia puts downward pressure on the Australian currency. In May, the Commonwealth Bank Manufacturing PMI declined from 58.8 to 55.3 points, worse than experts’ expectations of dropping to 57.8 points. The Services PMI fell from 56.6 to 53 points for the same period, while experts predicted a drop to 52.2 points. In May, the Commonwealth Bank Composite PMI dropped from 55.9 to 52.5.

In Asian trade, the US dollar fell slightly against the Japanese yen, keeping close to the local lows of April 27 and testing the level of 127.50 for a break. The US dollar is under pressure again due to upbeat macroeconomic reports from Europe and Japan. The pressure on dollar quotes increased at the start of the week after Christine Lagarde, the European Central Bank (ECB) president, gave a “hawkish” speech, announcing the commencement of monetary policy tightening measures in July.

As expected, the regulator will first complete the quantitative easing program before raising interest rates at a pace that will likely mirror the US Federal Reserve, i.e., in 50-basis-point increments. The yen is currently supported by relatively upbeat macroeconomic statistics on business activity. In May, the Jibun Bank Manufacturing PMI fell from 53.5 to 53.2 points, better than the negative forecast of a drop to 52 points. Over the same period, the Jibun Bank Services PMI rose from 50.7 to 51.7 points, when experts predicted the data to fall to 50.6 points.

During the morning session, gold prices rose slightly, extending a pretty strong “bullish” momentum that began in the middle of last week. The demand for XAU/USD remains steady as global tensions rise and fundamentals remain unchanged. Many economies are experiencing historic inflation due to rising energy and other resource prices, driving investors to seek out less hazardous investments. As a result of growing inflation, central banks worldwide are tightening monetary policy, making gold ownership less appealing because it does not yield interest revenue.

Meanwhile, a special military operation in Ukraine continues, and the diplomatic process has been halted, prolonging the conflict. Currently, investors anticipate the release of May economic activity numbers in the United States and April data on the dynamics of new home sales. The Chair of the US Federal Reserve, Jerome Powell, is also slated to speak during the day.