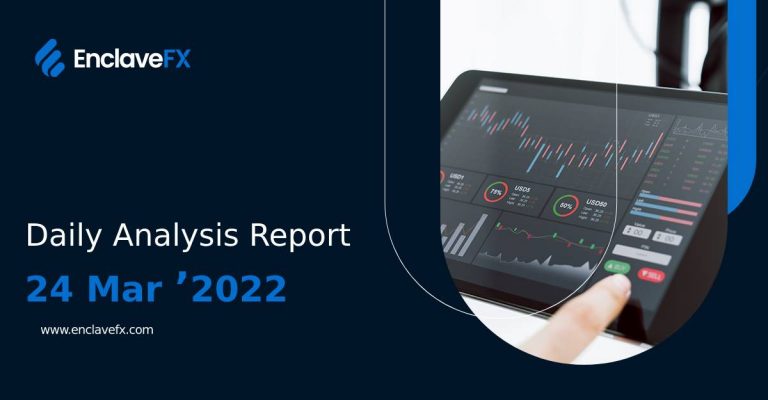 During the Asian session, the European currency fell moderately versus the US dollar, seeking 1.1000 for a break. The euro is still under pressure, owing to the region’s weakening economic prospects due to the protracted conflict in Eastern Europe. Investors are not in a rush to open fresh positions, preferring to wait for the outcome of the emergency EU summit on March 24-25. It’s worth noting that US President Joe Biden will be in attendance, having arrived in Brussels the day before and calling for further limits on Russian energy imports.

The European Union’s stance on this topic is still uncertain. The Baltic states, for example, want a complete embargo, but Germany opposes an immediate ban, citing huge economic and energy dangers. A new set of sanctions against Russia’s economy is being prepared in some form and will most likely be implemented next week. Investors are also anticipating the release of a set of euro-area macroeconomic indicators on the level of business activity in March. The previous day’s data on Consumer Confidence in the Eurozone showed a severe drop in the index from -8.8 to -18.7 points, which was much worse than analysts’ estimates of -8.8 points.

During the morning session, the British pound is trading lower against the US dollar, building on the “bearish” momentum that emerged when the pair traded near its March 4 local highs. Investors are paying attention to consumer and producer inflation numbers in the United Kingdom, released yesterday. In February, the country’s Consumer Price Index jumped from 5.5 percent to 6.2 percent annually, despite economists expecting only a 5.9 percent increase. Prices rose 0.8 percent every month after dipping 0.1 percent in January. Market projections predicted a 0.6 percent increase.

Inflation in the United Kingdom approaches 30-year highs due to a significant increase in energy prices. At the same time, the Bank of England raised interest rates for the third time last week to contain inflation, and it may be compelled to do so again in 2022. In February, the Producer Price Index (not seasonally adjusted) increased from 9.5 percent to 9.9 percent, falling just shy of the predicted gain of 10%.

During the Asian session, the New Zealand dollar developed downward corrective dynamics in unison with the US dollar, testing the level of 0.6950 for a collapse once more. Since November 2021, the NZD/USD pair has been retreating from local highs without attempting the substantial barrier at 0.7000 for a breakout. Technical factors support the instrument’s “bearish” dynamics. At the same time, the US currency’s position on the market shifts slightly. Still, it remains strong against the backdrop of worsening economic prospects as the conflict in Ukraine escalates, with Russian troops continuing to conduct a special military operation.

Despite the obvious negative consequences of sanctions, Western countries are escalating their pressure on Russia’s economy. The most pressing concern right now is a prospective embargo on Russian energy imports, which is expected to further complicate the situation in the European energy industry and increase inflationary pressures. Against commodity market movements, the New Zealand dollar’s positions are relatively strong. At the same time, analysts keep an eye on new coronavirus outbreaks in New Zealand. Over 18K new instances of illness have been discovered in the country in the last 24 hours.

The US dollar is continuing its climb against the Japanese yen, trading above 121.00 and poised to set new all-time highs in the last six years. Given that the US Federal Reserve began hiking interest rates last week, the US currency’s position as a safe-haven currency remains considerably more appealing. Furthermore, recent comments from officials of the US regulator suggest that the rate may be raised by 50 basis points in May, owing to the country’s continued rise in inflation. In addition, the US Federal Reserve is considering beginning to decrease its balance sheet, which, according to current estimates, now stands at $9 trillion.

The yen received no help from macroeconomic indicators issued in Japan yesterday. The Coincident Index dropped from 95.7 to 95.6 points in January, better than market expectations of 94.3 points. Analysts had predicted no change in the Leading Economic Index, which fell from 103.7 to 102.5 points. Today’s statistics are a little more upbeat. In March, the Jibun Bank Manufacturing PMI increased from 52.7 to 53.2 points, beating expectations of a drop to 50.9 points.

After a small increase the day before, gold prices stabilize near 1940.00, allowing the instrument to reclaim local highs from March 17. Even though XAU/USD fell at the start of the week in response to the US Fed’s “hawkish” comments regarding a faster tightening of monetary policy, investors are once again ready to buy the precious metal as a safe-haven asset. US Fed Chairman Jerome Powell has advocated for a 50 basis point hike at the regulator’s May meeting if the present economic situation needs it.

Other members of the US Federal Reserve spoke out favoring a more aggressive approach, citing the country’s and the world’s rising inflation situations. Today, in March, traders anticipate releasing a huge batch of macroeconomic data from Markit on company activity in the manufacturing and services sectors. Durable Goods Orders for February will be revealed later in the day, as will data on Initial, Jobless Claims for March 18.