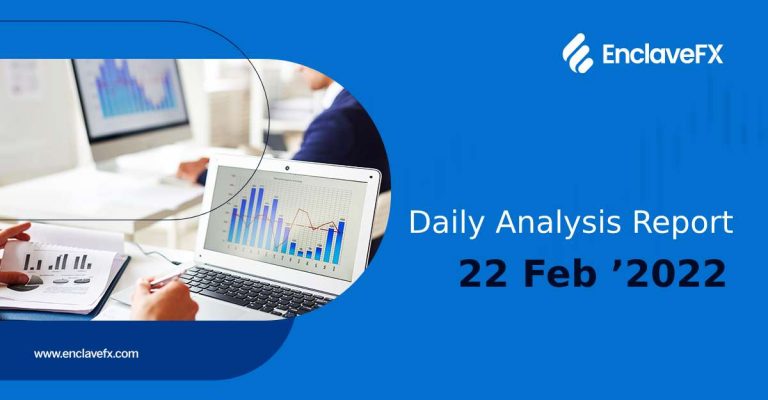 Taiwan and Singapore are not stablecoin fans, and major cryptos are declining as the Russian invasion approaches:

As Russian President Vladimir Putin presented a forceful argument for invading Ukraine, bitcoin, ether, and most other major cryptocurrencies dropped.

Explore and read in detail to find out what is happening?

Earlier in the day, a Kremlin spokesman said there were no “concrete plans” for a meeting between Putin and U.S. President Joe Biden, despite reports that 150,000 Russian troops were moving closer to the Ukraine border. Worried investors have been adopting more risk-averse tactics in recent weeks in expectation of rising oil prices, U.S. and European allies sanctions on Russia, and Russian retaliation, all of which will likely hurt a global economy already battered by inflation and supply chain disruptions.

The FTSE 100, the DAX in Frankfurt, and the CAC 40 in Paris finished in the red, although U.S. equities markets were closed for the national Presidents Day holiday. On Monday, most major Asian indices, including the Nikkei 225 in Japan, the Hang Seng in Hong Kong, and the Asia Dow, all lost territory.

“With the sensitivity on the financial markets right now, temporary confidence can evaporate quickly, as we’ve seen today after what appears to be another deterioration in relations between Russia and Western powers,” wrote Susannah senior investment and markets analyst for Hargreaves Lansdown in an email.

Stable coins are not available in every currency.

Because the digitization of fiat currency into tokens overwhelmingly benefits the greenback, stablecoins have been the finest thing ever for the dollar’s reign.

However, given that crypto is a haven for dollar skeptics, there must be a push to establish stablecoins with alternate denominations. There is a Tether version priced in Euros, and there are stablecoin initiatives denominated in Singapore’s dollar and Indonesia’s Rupiah. Still, these are just three of the hundreds of currencies available – surely there is a market for more

The issue is that many smaller economies are wary about internationalizing their currencies and relinquishing control. The necessary components are missing for a locally denominated stablecoin to succeed in those countries.

Take, for example, Taiwan. Leo Seewald, the former chairman of BlackRock Taiwan and now a director at Taipei-based exchange MaiCoin, spoke about the firm’s new Taiwan-dollar (TWD) stablecoin over the weekend.

According to the project’s website, one of the project’s benefits is “lowering the capital cost of local and cross-border transactions without an intermediary.”

However, this goes against Taiwan’s central bank’s monetary policy pillars.

Taiwan maintains stringent capital controls on its currency, with just a few exceptions; exporting Taiwan dollars is severely prohibited. The central bank does not want the Taiwan dollar to be used abroad because China, Taiwan’s democratically run arch-rival, may use it as a weapon by market-making an unofficial exchange rate by purchasing and selling the currency at a disadvantageous rate.

The central bank also opposes the use of the Taiwan dollar to settle transactions that do not directly link to Taiwan, which is exactly what a stablecoin is supposed to achieve. It fined Deutsche Bank, ING, and ANZ last year for allowing commodity dealers to price grain contracts between Brazil, India, and other third nations in TWD, although the deal had no ties to Taiwan. The banks got past this by using a synthetic proxy for the TWD — a forex instrument called a non-deliverable forward — to get around the fact that the currency can’t be moved off-island.

There’s also the export market to consider. It would be particularly painful for an economy largely reliant on exports if the local currency began to rise. Given the importance of Taiwanese semiconductors and the government’s habit of maintaining balanced budgets, one would expect the TWD to skyrocket. Because the central bank regularly intervenes in the foreign exchange market to keep the TWD from appreciating, this is not the case. The bank feels that going slow and steady will win the race.

The mother of all ironies is that Taiwan is perceived to be more of a currency manipulator than China; everyone knows the RMB is pegged and only trades within a specified band.

Don’t refer to Taiwan as a currency manipulator. Alternatively, they may pretend they have capital controls. That irritates central bankers and diplomats alike. In 2011, the governor of Taiwan’s central bank chastised reporters when asked about the subject. According to him, foreign investors can buy stocks and move as much foreign currency as they like through Taiwan. Just don’t get your hands on our priceless TWD.

Stablecoins can throw a spanner in the works:

A carefully regulated currency from an export-driven country next door with a geopolitical rival isn’t the best choice for the crypto market’s free-for-all.

Pricing crypto contracts in TWD, or using it as a means of settlement via digital asset on-ramps or off-ramps, will completely defy the Central Bank’s decades of regulations and punishments.

In terms of volatility, the worldwide grain market pales compared to bitcoin.

Singapore isn’t a fan of its currency’s internationalization either. Given its shortage of natural resources, Singapore seeks exchange rate stability and does not want international deals priced in its currency that have no ties to the country. Please denominate that in U.S. dollars.

However, these banks must first grow in size for stablecoins to be noticed by these banks. Much, much larger. The TWDC has currently issued 7.8 million Taiwan dollars worth of tokens, or roughly $283,000; Singapore’s XSD has a market cap of $185 million. Far from being a currency complement (as Bloomberg’s Mike McGlone thinks Tether is to the dollar), stablecoins are also far from being a threat to the economy, as the White House contends.

For the foreseeable future, Asia will trade stablecoins denominated in U.S. dollars. This is a feature, not a flaw.