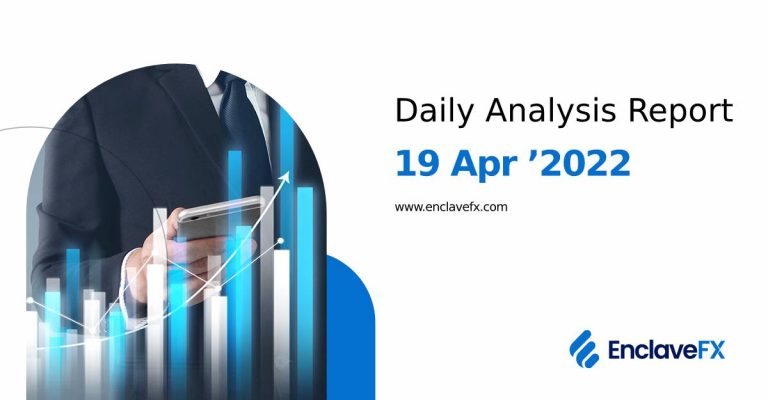 During the Asian session, the European currency exhibited mixed trading dynamics against the US dollar, consolidating between 1.0770 and local lows not seen since April 2020, which were updated last Thursday. Market activity is still modest, as the news backdrop at the start of the week is relatively quiet, and no notable macroeconomic releases from Europe or the United States are scheduled today. Investors will be watching the US data on home construction dynamics in March and Charles Evans’ speech at the US Federal Reserve. On the other hand, the regulator’s policy is currently quite transparent. In May, the agency is almost set to hike the rate by 50 basis points while simultaneously implementing quantitative tightening measures to decrease its balance sheet. However, it is unclear how much these steps will assist in reducing inflation, especially given the deepening of the Ukrainian crisis. On Wednesday, the eurozone will announce February statistics on industrial production dynamics, and vital consumer inflation data for March will be issued today. Prices are predicted to increase from 0.9 percent to 2.5 percent every month, with annual consumer inflation reaching 7.5 percent.

During the morning session, the British pound is sliding, trying the firm support at 1.3000 for a break. GBP/USD reverts to local lows from April 13, when the currency soared. The dollar is strengthened by expectations that the US Federal Reserve will tighten monetary policy further and raise the key rate by 50 basis points during its May meeting. Furthermore, investors are still hesitant to put their money into hazardous assets, fearing a worsening of the world economy. Despite the enormous sanctions imposed on Russia, the special military operation in Ukraine continues, and the peace talks have receded into the background for the time being.

Following their early success, the parties hope to gain a more advantageous position in the negotiation process. Meanwhile, Western countries continue to impose ever-stricter regulations. EU officials will consider the sixth sanctions package shortly, which might include the most painful issue: limits on importing oil and oil products. Due to the EU’s reliance on imported energy resources, there is currently no consensus on the Russian supply embargo, but a general trend for a gradual phase-out is emerging. Investors are looking forward to hearing from Catherine Mann, a representative of the Bank of England, and Andrew Bailey, the Governor of the British regulator.

During the Asian session, the New Zealand dollar rose somewhat versus the US dollar, retreating from the local lows of February 28, which were updated the day before. The instrument’s current favorable dynamics are technical, while the news backdrop remains modest and does not encourage investors to buy risky assets. Traders have drawn notice to Business NZ PSI, which was released today. The indicator unexpectedly increased from 48.9 to 51.6 points in March, outperforming experts’ expectations. In addition, investors are still evaluating China’s macroeconomic numbers released yesterday.

The country’s GDP increased by 1.3 percent quarterly and 4.8 percent in Q1 2022, which was much higher than market projections of 0.6 percent QoQ and 4.4 percent YoY. As a result, China’s Industrial Production slowed in March, falling from 7.5 percent to 5%, while Retail Sales fell sharply by 3.5 percent after increasing by 6.7 percent in February. Analysts blame the drop in Retail Sales dynamics on quarantine, which China was forced to implement in some areas due to a coronavirus epidemic. On Thursday, New Zealand is slated to disclose consumer price index data for the first quarter of 2022. According to forecasts, price dynamics are expected to accelerate from 1.4 percent to 2.0 percent yearly.

In Asian trading, the US dollar rises gradually versus the Japanese yen, resuming 20-year highs. The dollar’s demand is bolstered by upbeat US macroeconomic data and anticipation of the US Federal Reserve tightening monetary policy faster. The Fed might raise interest rates by 0.5 percent and begin a quantitative tightening program to decrease its balance sheet as early as May. The Bank of Japan, on the other hand, is still on the fence because inflation risks are far lower and have yet to hit the regulator’s goal levels.

At the same time, the country’s officials are already wary of the national currency’s steep devaluation. Shun’ichi Suzuki, Japan’s Finance Minister, voiced concern yesterday about the present yen exchange rate, adding that sudden movements in currency markets pose harmful risks to the country’s economic and financial security. The official also proposed discussing the problem with the United States at the upcoming G7 summit.

At the start of the week, gold prices stabilize, staying close to the psychological threshold of 2000.00. Following the Easter vacations, investor activity in the market has remained relatively modest. As a result of the risks of additional deterioration of the global economic situation as inflation grows swiftly, demand for the precious metal is held back. As the armed crisis between Russia and Ukraine continues to escalate, traders have become disillusioned with the prospect of a near-term peace solution.

Meanwhile, Western countries are putting increasingly harsh economic sanctions on Russia, driving global inflation to unprecedented highs. Expectations of tighter monetary policy from the world’s leading central banks, on the other hand, limit the gold rate’s future increase. The US Federal Reserve will likely boost interest rates by 50 basis points in May.