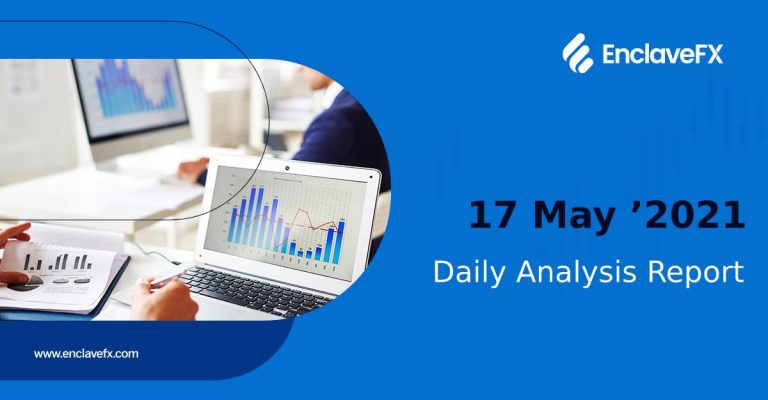 During the Asian session, the European currency exhibited mixed trading against the US dollar, consolidating near 1.0440 and anticipating new market drivers. The euro exhibited a sluggish increase the day before, maintaining Friday’s momentum, which allowed the instrument to recover from its lowest level since January 2017. Meanwhile, the news and macroeconomic backdrop remained bleak, and the reasons for the instrument’s increase were primarily technical. Yesterday’s European data disappointed some purchasers, but they had little impact on the market overall.

In March, the eurozone trade deficit was 17.6 billion euros, which was much higher than the previous month’s figures (-11.3 billion euros) and projections of a 6.6 billion euro improvement in dynamics. Investors are currently concentrating on the most recent data on GDP dynamics in the euro region for Q1 2022. According to previous figures, the European economy rose by 0.2 percent QoQ and 5% YoY. Quarterly employment numbers will also be released during the day, and a speech by Christine Lagarde, President of the European Central Bank (ECB), in which the official is expected to alter the regulator’s projections for the direction of monetary policy shortly.

During the morning session, the British pound is uptrending against the US dollar, developing a corrective signal generated after last week. The instrument is looking for a breakout around 1.2335, which would update local highs from May 11. The pound’s current rise is mostly due to technical issues, while the US dollar’s holdings remain relatively strong versus the British currency and across the market. Andrew Bailey, the Governor of the Bank of England, delivered negative news to the news agenda yesterday.

Speaking before the British Parliament, the official stated that the prospect of high inflation remains substantial. The country’s authorities are still unable to control its rapid expansion due to various external causes. Aside from record-high energy prices, there is also a new problem: the food crisis. Ukraine and Russia are major wheat and other grains suppliers to European markets. Still, there is a risk of significant supply disruptions due to a special military operation in Ukraine and a flurry of sanctions against the Russian economy, leading to a rapid rise in prices and acute food shortages in some areas. India’s announcement that it will restrict wheat exports to suit domestic needs exacerbates the problem since record heatwaves are expected to cut crop output.

AUD/USD renews local highs from May 11, despite a steep drop yesterday due to poor macroeconomic data from China. China’s retail sales plummeted unexpectedly by 11.1 percent in April, following a 3.5 percent drop the month before, despite forecasts expecting a 6 percent drop. The rate of Industrial Production in the country fell by 2.9 percent in April after growing in March.

Positive dynamics were expected to stay at 0.7 percent in the estimates. Today, the Reserve Bank of Australia meeting minutes supports the Australian dollar (RBA). The regulator remained upbeat about inflation forecasts, predicting that it would return to target levels once external concerns stabilized. According to RBA representatives, consumer prices may decrease to the top limit of the specified range of 3% by mid-2024. According to the RBA, interest rates are expected to rise to 1.5 percent by the end of 2022 and 2.5 percent by the end of 2023.

The US dollar continues to trade cautiously bullishly against the Japanese yen, holding just below the psychological level of 130.00, where trading began this week. The Japanese yen is attempting a weak corrective rise, but the strength of the dollar’s “bulls” prevents it from expecting a more or less sustained rise. Furthermore, disappointing Chinese data released earlier this week had a big impact on the yen’s stance, as it represented the weakening of economic prospects across the Asia-Pacific region. Meanwhile, the yen receives little support from Japanese macroeconomic data.

According to data issued the day before, the Producer Price Index rose 1.2 percent in April after climbing 0.9 percent the month before. In yearly terms, the Producer Price Index increased from 9.7% to 10% during the same period, beating expectations of a decrease to 9.4%. Today, investors are excited about a 1.3 percent increase in the Japanese Tertiary Industry Index in March, much better than analysts’ expectations of 0.4 percent growth.

Gold prices stabilized following a significant corrective rise on Monday, which saw the instrument rise above the psychological threshold of 1800.00 for the first time. The market’s reaction to the gradual increase in risk sentiment saw XAU/USD go below this level for the first time in 14 weeks yesterday. In addition, as the US Federal Reserve begins a long-awaited cycle of hiking interest rates, market participants increasingly prefer the dollar as a safe-haven asset, properly expecting additional interest income.

Investors are focusing on China’s macroeconomic statistics on retail sales and industrial production dynamics in April, which were released yesterday. The US Fed’s James Bullard, Loretta Mester, and US regulator Jerome Powell are scheduled to speak today during the day.