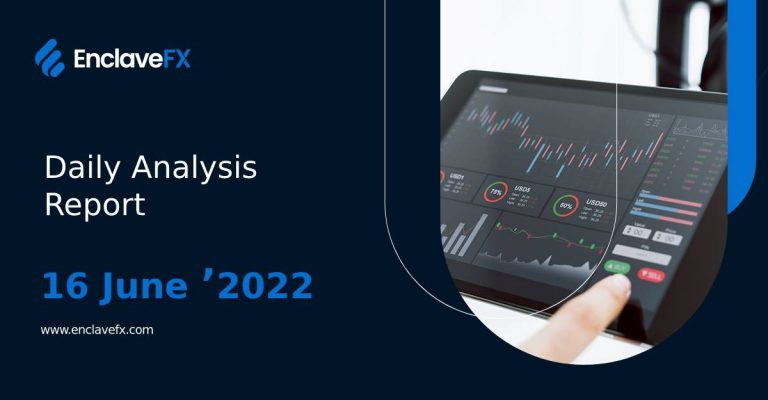 The euro is about 1.0440 against the US dollar, indicating that it is generally stable. The day before, EUR/USD displayed exceptionally erratic dynamics, updating local lows from May 13 but ending the day’s trading session in the “green” zone. The final minutes of the US Federal Reserve meeting, which marked a new phase of the US regulator’s war against galloping inflation, injected volatility into the market. The interest rate was instantly hiked by 75 basis points, as many analysts predicted, despite a 50 basis point correction being forecast previously.

The decision was partly based on US consumer inflation data released last week, which showed that price increases resumed in May after a minor dip in April. If the circumstances warrants, the regulator also hinted at a tightening of monetary policy, even the most aggressive measures. According to the Fed’s latest prediction, the benchmark rate will rise to 3.4 percent by the end of the year. The regulator will have to increase the present value by 175 basis points. The European Central Bank (ECB) called an emergency meeting on Wednesday to tackle the region’s most vulnerable nations’ rising borrowing costs. The regulator stated that when monetary policy is tightened in the future, a unique tool will be devised to partially offset the rising cost of borrowing in the debt market for EU nations suffering economic difficulties. The European Central Bank is projected to hike interest rates by 25 basis points during its July meeting.

The British pound is trading in a downward trend against the US dollar, following a significant rise the day before. The instrument waits for new drivers to arrive on the market before evaluating 1.2140 for a breakdown. The Bank of England will make an interest rate decision today. Most likely, the value will be hiked by 25 basis points to 1.25 percent. At the same time, officials are concerned about the possibility of a slowdown in economic growth. Macroeconomic data released earlier this week showed a drop in UK GDP for the second month in a row, raising concerns that the country’s economy might enter a full-fledged recession.

Meanwhile, the external macroeconomic backdrop is deteriorating: energy prices are rising to new highs, and the deepening of the military war in Ukraine poses new hazards to the global economy, interrupting the supply chain of commodities due to increased sanctions pressure on Russia’s economy.

The Australian dollar is rising slowly, testing the 0.7000 level for a breakout. The AUD/USD pair is establishing a strong “bullish” momentum, which allowed quotes to retreat from their local lows of May 12, the day before. The final minutes of the US Federal Reserve, which perfectly justified the expectations of the “hawks,” drew the attention of investors yesterday. For the first time since 1994, the regulator hiked the rate by 75 basis points, as expected, without ruling out similar moves at future sessions. Simultaneously, the agency’s estimates proved negative, preventing the US currency from demonstrating long-term growth. According to the Federal Reserve, inflation is expected to continue to rise in the United States.

Simultaneously, the US GDP projection for 2022 was reduced from 2.8 percent to 1.7 percent. The instrument is now supported by a positive May report on the Australian job market. The country’s employment change showed a substantial increase of 60.6K following only 4.0K in April, while the prediction was for a 25.0K increase. At the same time, the indicator’s dynamics were driven by the rise in full-time employment, while part-time work fell by 8.7K. Despite expectations of a drop to 3.8 percent, Australia’s unemployment rate stayed at 3.9 percent in May.

The US dollar is steadily rising against the Japanese yen, following a previous correction. Although the minutes of the US Federal Reserve reflected the “hawkish” sentiment of the regulator, which raised the interest rate immediately by 0.75 percent for the first time since 1994 but also revised its near-term forecasts for the worse, the American currency showed an unexpected negative trend on Wednesday. The Fed also stated that it intends to maintain its tight monetary policy. In particular, the rate will be increased by 0.50 percent to 0.75 percent in July. Japan’s macroeconomic statistics released today failed to provide the yen with much assistance.

After expanding by 12.5 percent the month before, exports increased by 15.8 percent in May. Analysts predicted a 16.4 percent gain. Imports increased by 48.9% simultaneously, accelerating from a 28.3% increase in April. As a result, the Merchandise Trade Balance Total Deficit in May jumped from 842.8 billion to 2384.7 billion Japanese yen.

Gold prices are consolidating near 1830.00, indicating a trend of corrective decrease and attempting to recoup a notable advance the day before, which occurred despite the US Federal Reserve’s strong moves targeting tightening monetary policy. The American regulator opted to hike the rate by 75 basis points at once but was obliged to lower its March inflation and GDP dynamics estimates. An emergency meeting of the European Central Bank (ECB), which plans to begin raising interest rates in July but is trying to offset the negative impact of rising borrowing costs on the economy, also sparked market concerns.

The Bank of England and the Bank of Japan will also have meetings till the end of the week. The Bank of England is set to hike the rate by 25 basis points, while the Bank of Japan is limited to debating the detrimental impact of the national currency’s low exchange rate on economic growth. The challenge of excessive inflation for the Japanese economy, which deflationary trends have traditionally plagued, is not as severe as it formerly was.