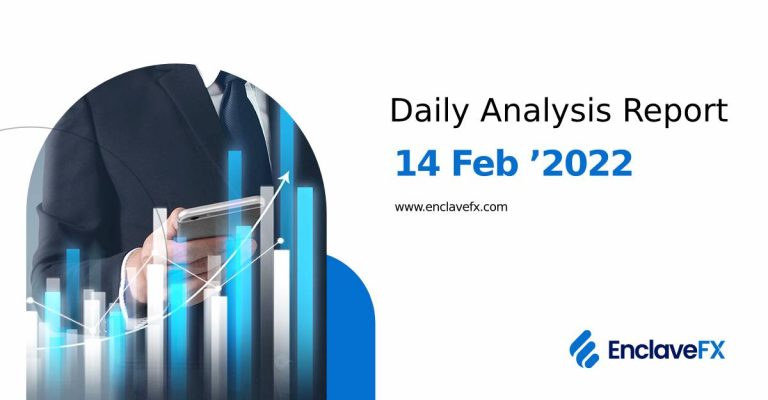 The dollar is losing ground versus its key rivals, the yen, the euro, and the pound.

Investors anticipate the publication of US inflation data for January on Thursday due to a lack of notable economic releases. The consumer price index is expected to rise from 7.0% to 7.3% YoY, and the Core consumer price index –from 5.5% to 5.9%, which will further strengthen the position of supporters of an early tightening of monetary policy. Most experts believe that after the emergency bond purchase program is completed in March, the regulator will raise rates. Some experts predict many minor rises throughout the year: for example, Bank of America Corp. experts predict a sevenfold increase in rates of 0.25 percent this year. Others say that such tactics will fail to contain inflation. The US Federal Reserve will respond more forcefully: authorities will be able to get away with fewer hikes, but they will be larger, 0.50 percent or more.

The EUR is gaining against the US dollar and has a shaky relationship with the British pound and the Japanese yen.

Germany’s foreign trade data for December, revealed today, was confusing. Surprisingly, the volume of German exports increased by 0.9 percent, instead of the projected 0.2 percent fall. Imports into the country will also climb by 4.7 percent, rather than the predicted 1.5 percent fall. This resulted in a drop in the trade surplus from 10.8 billion to 6.8 billion euros. According to experts, the challenges related to the availability of raw materials and components are steadily improving. However, excessive inflation continues to put a strain on the business. If the Ukrainian situation worsens, businesses anticipate disruptions in oil and metals from Russia.

The pound is gaining against the dollar and the yen, but its performance against the euro is more unclear.

Investors in the United Kingdom are waiting for the Bank of England to respond. Huw Pill, the regulator’s senior economist, will talk today, and Andrew Bailey, the regulator’s head, will speak tomorrow. Investors are waiting for clues from authorities about whether the regulator would take any additional action in response to the current price hike, which is putting greater strain on residents, despite Bailey’s previous statements that the decrease in stimulus will continue. The National Institute of Economic and Social Research (NIESR) in the United Kingdom admitted that the country’s rate hike cycle had not kept pace with inflation. The government should support the Bank of England’s activities by deferring tax hikes increasing government expenditure. The scenario surrounding Prime Minister Boris Johnson, whose resignation is still extremely likely, further hinders the growth of the GBP’s position.

JPY depreciates versus the pound, strengthens against the dollar, and has a shaky relationship with the euro.

JPY is traded under the influence of technical considerations due to a lack of important economic announcements. Toyoaki Nakamura, a member of the Bank of Japan’s board of directors, said that the present exchange rate of the yen versus the dollar (in the range of 103–115 yen per dollar) is a beneficial aspect for Japanese businesses since a stable exchange rate makes it easier to make business decisions. The pandemic situation in Japan continues to be challenging. As the omicron coronavirus strain continues to spread, Prime Minister Fumio Kishida stated today that the government would extend quarantine measures in Tokyo and 12 other prefectures for three weeks.

Today, the Australian dollar is rising versus its key competitors, the JPY, EUR, GBP, and USD.

Even though the Westpac consumer sentiment index rose from –2.0 percent to –1.3 percent in February, it remained in the negative zone for the third month in a row. Even though the Omicron coronavirus pandemic in Australia has begun to subside, Australians are extremely cautious. Australian Commerce Minister Dan Tehan arrived in India today to discuss the conditions of a bilateral free trade agreement. Before the end of the year, the parties hope to agree on all details and sign the deal.

The morning decrease in oil prices has been replaced by growth and the resumption of all lost positions.

Direct negotiations between the US and Iran on a nuclear deal have put downward pressure on prices, culminating in removing some sanctions against the Islamic Republic and the entry of additional volumes of oil to the market. On the other hand, geopolitical concerns around Ukraine continue to impede a significant price reduction. According to CNBC’s analysts, the price of a barrel of oil might soar to $120 if the crisis intensifies. The American Petroleum Institute (API) reported yesterday that US oil stocks declined by 2.025 million barrels, which was good news for the market. Investors anticipate similar data from the US Department of Energy today (EIA). Oil stockpiles are forecast to climb by 0.369 million barrels, increasing price pressure.