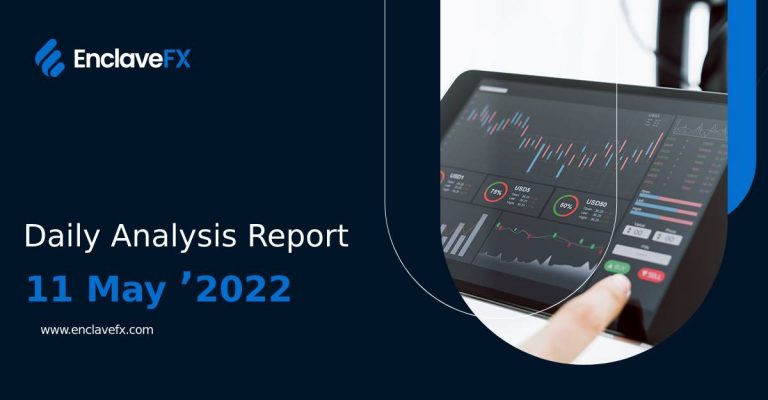 During the Asian session, the euro rose slightly versus the US dollar, trading near 1.0540 and developing a flat trend in the short term. Trading has been exceedingly murky since the start of the week, preventing the single currency from forming any pronounced patterns or even moving away from its record lows set in January 2017. Market investors are anxious about the chances of global economic recovery as the situation in Ukraine escalates and rising inflationary threats. Demand for the risky euro remains low. The latter are pressuring the world’s central banks to tighten monetary policy faster, which will only slow the recovery and inevitably negatively impact.

The European Central Bank (ECB) is currently waiting to see what happens; however, some ECB officials are optimistic about the likelihood of initiating a rate hike this summer. The European macroeconomic numbers presented on Tuesday were confusing. In May, the German ZEW Current Situation Survey revealed a drop from -30.8 to -36.5 points, which was worse than experts’ expectations of -35 points. At the same time, the ZEW Survey on Economic Sentiment for the euro area improved from -43 to -29.5 points, beating expectations of -41 points.

The British pound is rising against the US dollar, attempting to rebound from a four-session slide that saw it hit fresh lows not seen since June 2020. Extremely low demand for riskier assets puts downward pressure on the instrument, pushing the US dollar to new highs. Despite the Bank of England’s efforts to calm the situation, experts fear that a sharp increase in interest rates will significantly negatively impact the British economy’s recovery, possibly leading to recession. Meanwhile, the energy situation remains precarious as the EU and the UK continue to ratchet up sanctions against Russia’s economy in response to a special military campaign in Ukraine.

The figures released the day before added to the pressure on the British pound. Thus, BRC Like-For-Like Retail Sales fell by 1.7 percent in April after falling by 0.4 percent the month before, while analysts projected an acceleration of negative dynamics but a little smaller drop of –1.6 percent. Investors will be watching for updated statistics on the dynamics of UK GDP for Q1 2022 tomorrow.

After a steep drop in quotations over the previous four trading days, the Australian dollar shows corrective growth against the US dollar. The instrument has updated record lows since July 2020 due to the “bearish” behavior, dropping below the threshold of 0.7000. On Wednesday morning, positive inflation statistics from China gave significant support for the instrument. After a month of zero growth, the country’s Consumer Price Index increased by 0.4 percent in April. A gain of 0.2 percent was forecast by investors. Inflation rose from 1.5 percent to 2.1 percent annually, beating market expectations of 1.8 percent.

Industrial inflation dropped slightly from 8.3 percent to 8.0 percent during the same time but was still better than projected at 7.7%. In contrast to the US Federal Reserve, the Bank of England, and the European Central Bank, the Chinese economy, which is in a tough position due to forced quarantine limitations, is demonstrating a reasonably active dynamic, allowing the People’s Bank of China to keep room for maneuvering (ECB). In contrast, the Australian statistics released yesterday leave a lot to be desired. The Westpac Consumer Confidence Index fell by 5.6 percent in May, after decreasing by only 0.9 percent.

In Asian trading, the US dollar is trading flat with the Japanese yen, stabilizing near 130.35 and looking for new growth factors. The US consumer inflation numbers, which are likely to be released today, may provide a new signal for buying. According to current projections, the consumer price rise is expected to decrease sharply in April, from 1.2 percent to 0.2 percent. Inflation may moderate from 8.5 percent to 8.1 percent annually. New inflation data will allow the US Fed to assess the chances for further tightening monetary policy, albeit it is evident that the market’s most “hawkish” projections have yet to materialize.

The Fed has been sluggish in boosting interest rates or reducing its balance sheet, allowing it to respond more precisely to shifting economic conditions. However, this technique comes with a price, and many analysts believe that the rate-hiking process began too late. Today’s macroeconomic statistics from Japan had no discernible effect on the instrument’s behavior. The Coincident Index increased from 96.8 to 97 points in March, which was only 0.2 points lower than market estimates. The Leading Economic Index increased from 100.1 to 101 points, above expectations of 100.4 points.

After a distinctly “bearish” start to the week, gold prices stabilize near 1840.00. The instrument is currently trading at the local lows of February 11, 2022, and the news backdrop continues to support the US dollar. The USD index is near all-time highs, owing to extremely low demand for riskier assets. Investors are concerned about the likelihood of a worldwide economic slowdown as the Russian-Ukrainian conflict escalates and the quick rise in inflation in Europe and the United States. Immediate predictions are likewise negative, considering that the conflicting parties have lost all interest in peace talks, and Western countries are merely intensifying sanctions pressure on Russia’s economy.