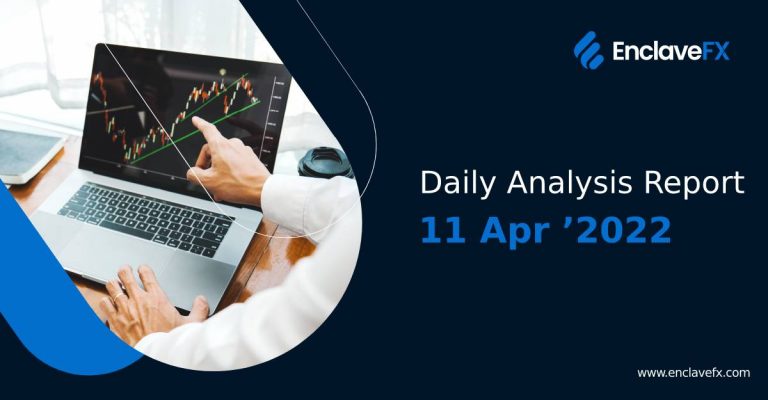 The US dollar increased versus its biggest rivals, the British pound, the euro, and the Japanese yen.

He believes the regulator should pursue a significant rate hike. Otherwise, it will fall behind inflation. Short-term loan rates, according to the official, should be 3.5 percent. He is a current member of the US Federal Open Market Committee (FOMC), and at the upcoming meeting, he is expected to vote for a 0.50 percent rate hike.

The EUR is somewhat weaker against the US dollar but rises against the Japanese yen and the British pound.

EUR is traded under the impact of external forces due to a lack of significant economic releases. According to investors, the European Central Bank (ECB) is expected to make new efforts to reduce inflation. According to the regulator’s most recent meeting minutes, officials agreed to stop buying bonds in the third quarter of this year. However, they did not make concrete decisions on boosting interest rates.

Investors hope that the ECB will take this action due to the sustained rise in prices. Meanwhile, additional anti-Russian economic measures are being imposed by Eurozone authorities. A restriction on the purchase of coal stands out among the most recent restrictive measures. However, its implementation has been postponed until mid-August, allowing Eurozone members to reorient themselves to other sources. Imports of timber, rubber, cement, fertilizers, high-quality fish and wine were also prohibited.

The pound is losing ground against its biggest rivals, the dollar, the yen, and the euro.

GBP is traded under the impact of external forces due to a lack of critical economic announcements. The British Center for Economic and Business Research and the worldwide Internet market research and data analysis company YouGov produced a report revealing that confidence in the financial status of UK households has dropped to its lowest level in ten years. Citizens anticipate that their financial situation will worsen in the coming year. It has already been put under much strain in the past as food and energy prices have risen dramatically. According to YouGov representatives, the war in Ukraine puts pressure on the indicator. The situation may deteriorate in the future, negatively impacting demand.

The yen falls versus the euro and the dollar but rises against the pound.

The consumer confidence index for March increased from 35.2 to 32.8 points, owing to fears about rising prices due to the developing Ukrainian situation. The Japanese government expects consumer mood to worsen further, but officials will closely watch the problem. Meanwhile, the March economic observers’ sentiment index increased from 37.7 to 47.8 points. This statistic is generated using data from a poll of employees whose jobs are most affected by the economy. The slow retreat of the coronavirus epidemic was linked with optimism, as was the hope of the restart of government programs to support tourism. However, if the conflict in Ukraine drags on and energy prices continue to climb, the situation could deteriorate.

The Australian dollar is losing ground against the Japanese yen, the US dollar, and the euro, but its performance against the British pound is more unclear.

The Reserve Bank of Australia (RBA) released its semi-annual financial stability report today. The regulator said it kept a careful eye on the rise in home mortgage debt and lending and advised borrowers to expect higher interest rates. Officials say the country’s financial system is solid, with well-capitalized banking institutions and few nonperforming loans, but increased rates could cause problems for borrowers.

The uncertain dynamics of oil quotes continue. They attempted countless times to grow but were unsuccessful.

The announcement that the International Energy Agency has decided to release 60 million barrels of oil from its members’ state reserves to the market, except the United States’ share, which should withdraw another 180 million barrels of oil, is still limiting price increases. On the other hand, experts suspect that these steps will limit price increases in the long run, even though the entry of large volumes of oil into the market will most likely have a short-term effect.