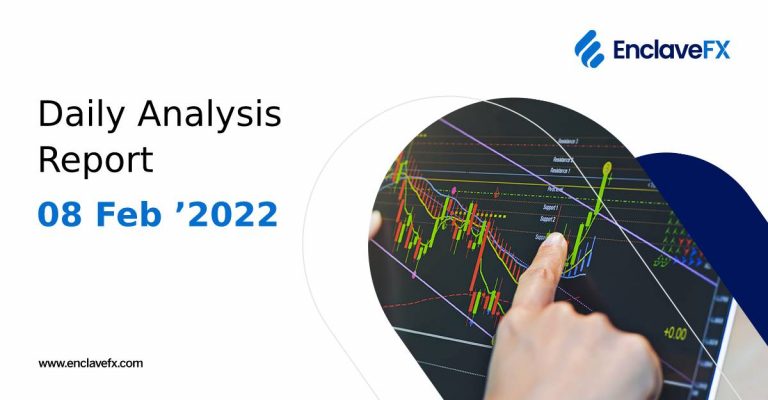 On Tuesday, February 8, here’s everything you need to know:

Early Tuesday, the benchmark 10-year US Treasury bond yield continued its march toward the crucial 2% barrier, bolstering the greenback’s position against its major rivals. In the second half of the day, the US economic docket will include the December Trade Balance, the NIFB Business Optimism Index, and the IBD/TIPP Economic Optimism Index. Meanwhile, after registering slight losses on Monday, US market futures are trading red.

Following last week’s rise, crude oil prices appear to have settled into a stabilization period. The price of a barrel of West Texas Intermediate (WTI), which hit a high of $93.13 on Friday, was last seen trading flat on the day near $91.50. On Tuesday, talks in Vienna are expected to continue reviving the 2015 Iran nuclear deal.

Bullish trend in WTI Crude Oil are recharging their batteries in preparation for a new rally, and there are several key levels to keep an eye on.

On sustained dollar strength and comments from European Central Bank President Christine Lagarde, the EUR/USD is moving down toward 1.1400.

In a speech to the European Parliament, Lagarde stated that there were no signs that inflation would surpass the 2% objective in the medium term. “We need to maintain flexibility and optionality in the conduct of monetary policy now more than ever,” Lagarde said.

After touching 1.3500 on Monday, the GBP/USD pair ended the day flat and traded in a very narrow range on Tuesday.

Supported by rising US T-bond yields, the USD/JPY is trading at 115.50, its highest level in more than a week.

On Monday, gold rose to $1,820, its highest level in ten days. Early Tuesday, XAU/USD is struggling to gain bullish momentum.

After a sharp rise on Monday, the AUD/USD remains quiet above 0.7100. The National Australia Bank’s Business Confidence Index increased to 3 in January from -12 in December, according to statistics released during Asian trade hours.