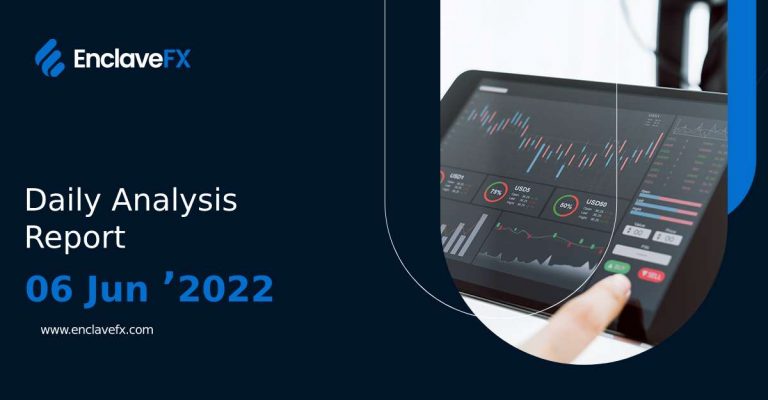 During the Asian session, the euro has been relatively stable against the US dollar, maintaining around 1.0720. Last week’s trade concluded in an uneasy flat, even though it managed to update both local highs from April 25 and local lows from May 23 over the week. Weak macroeconomic indicators on business activity and retail sales, which were issued in the euro area last Friday, put pressure on the single currency’s positions at the start of the week. In May, the eurozone’s S&P Global Manufacturing PMI declined from 54.9 to 54.8 points, while the Services PMI fell marginally from 56.3 to 56.1 points, despite experts expecting no changes. In April, retail sales in the eurozone decreased by 1.3 percent.

The indicator increased from 1.6 percent to 3.9 percent on an annual basis but fell short of the predicted value of 5.4 percent. As a result, demand for the euro is remaining steady as market investors expect the European Central Bank (ECB) to ratchet up its rhetoric this week. The agency will announce its rate decision on Thursday, and some analysts believe it will dramatically alter its rhetoric during the current meeting. The ECB is expected to announce a pullback in its quantitative easing program, after which it will rapidly begin a cycle of interest rate hikes.

During the morning session, the pound was mixed against the US dollar, trading at about 1.2500. Because several European markets are closed for national holidays at the start of the new week, market activity remains muted. Simultaneously, investors continue to assess previously available macroeconomic indicators to conduct further price analysis. The report on the US job market, released last Friday, was rather upbeat, pointing to the maintenance of some market tension, which is required to keep the US Federal Reserve’s “hawkish” policy in place. The US economy added 390,000 new employment in May outside the agricultural sector. Non-Farm Payrolls were 436K in April, compared to 325K predicted by analysts in May. Simultaneously, the unemployment rate remained unchanged at 3.6 percent (expected to decrease to 3.5 percent ). The average hourly earnings climbed by 0.3 percent month over month and 5.2 percent year over year, significantly less than market expectations.

During the Asian session, the Australian dollar is losing ground versus the US dollar, seeking 0.7200 for a break. The Australian dollar is developing a “bearish” momentum, which began at the end of last week when it retreated from its local highs of April 22. The US dollar was strengthened on Friday by a positive report on the national job market, giving us hope that the US Federal Reserve will maintain its current monetary policy to keep inflation from rising too quickly. Australia’s numbers, on the other hand, were discouraging. In May, the AiG Performance of Construction Index decreased from 55.9 to 50.4 points, worse than experts’ expectations.

In April, home loans granted in Australia plummeted by 7.3 percent after growing by 0.9 percent the month before. Analysts had predicted a 1% drop. Investors will be waiting for the Reserve Bank of Australia’s (RBA) interest rate announcement tomorrow. The amount is expected to be hiked by 25 basis points to 0.6 percent as the regulator responds to rising inflationary pressures in the country.

In Asian trade, the US dollar is slightly lower, staying at 131.00 and local highs from May 9, after receiving a little upward boost with a rather solid report on the US labor market for May last Friday. At the same time, business activity statistics and measures of Average Wages and total Unemployment were somewhat below market expectations. The numbers give investors hope that the US Federal Reserve’s “hawkish” stance of raising interest rates by 50 basis points will be maintained during the June and July meetings.

The Bank of Japan, on the other hand, is taking a wait-and-see approach, even though rising inflationary pressures are already impacting the Japanese economy. This week, many macroeconomic indicators will be disclosed, with the latest quarterly GDP statistics, which will be released on Wednesday, taking center stage. According to the earlier forecast, the country’s economy will decrease by 0.2 percent quarter-on-quarter and 1.0 percent year-on-year in Q1 2022.

During the Asian session, gold prices exhibited a tiny corrective rise, following a relatively active loss last Friday, when the instrument retreated from its local highs of May 9. With the release of the May data on the US job market, which supported the view of additional tightening of the US Federal Reserve’s monetary policy, the pressure on the instrument grew after the week. In May, the non-agricultural sector of the US economy added 390,000 new jobs, while the unemployment rate stayed at 3.6 percent.

Analysts predicted a 325K job increase while expecting the unemployment rate to drop to 3.5 percent. The gradual tightening of the rhetoric of other financial authorities is also exerting downward pressure on gold’s price. According to economists, the European Central Bank (ECB) is expected to reduce its quantitative easing program soon. The Reserve Bank of Australia (RBA) may also announce a 25-basis-point hike this week.