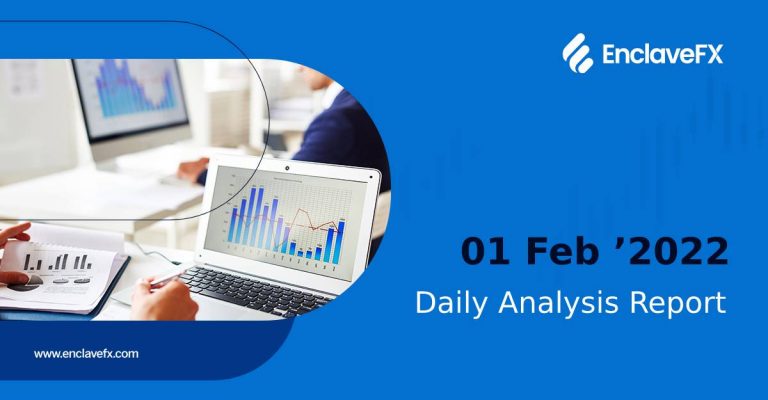 USD/CAD: The pair is slipping back from recent highs.

The current state of affairs

The USD/CAD pair is mildly dropping during the Asian session, testing the level of 1.2700 for a break. The “bearish” momentum that developed yesterday was primarily due to technical causes since the macroeconomic backdrop in the United States and Canada remained neutral. Furthermore, the Chicago PMI index for January unexpectedly increased from 64.3 to 65.2 points, although the consensus was to decrease to 61.7 points, giving the American dollar a modest boost.

On Tuesday, traders will be watching a set of US reports from Markit and ISM on manufacturing business activity indexes. During the day, Canada will also report on trends in industrial activity and release monthly GDP dynamics based on November 2021 data. At the end of the week, Canada and the United States will release their January labor market data.

Bollinger Bands are actively growing on the daily chart. The price range shifts slightly, but it stays broad enough for the current level of market activity. The MACD indicator shifts into a downward plane, indicating that a new sell signal is about to emerge (the histogram should consolidate below the signal line). Similar dynamics can be seen in Stochastic, which retreats from its highs, indicating that the US dollar was overbought in the ultra-short-term.

The price of gold is rising, with the precious metal’s quotes challenging heavy resistance at roughly 1800.00 for a breakout. The strengthening of the American currency and the “hawkish” posture of the US Fed, which confirmed its plan to begin an interest rate hike cycle already during the March meeting, prompted a steady decrease in XAU/USD last week retreating from local highs not seen since November 2021.

Other global authorities, including the Reserve Bank of Australia (RBA), the Bank of England, and the Reserve Bank of New Zealand, are also planning a rate hike (RBNZ). The European Central Bank (ECB), on the other hand, is not in a hurry to tighten monetary policy due to a lack of homogeneity in the necessary goal levels of critical indicators throughout the region’s countries. Today, the Reserve Bank of Australia said that the quantitative easing (QE) program would stop on February 10 but cautioned that this does not indicate that a cycle of interest rate hikes will begin automatically. The European Central Bank and the Bank of England will hold meetings on February 3.

In the D1 chart, the Bollinger Bands show a slight decline. The price range widens below, allowing the “bears” to set new local lows. The MACD is falling, maintaining a reasonably stable sell signal (below the signal line). The stochastic reverse upwards after approaching its lows, indicating the onset of corrective growth shortly.

USD/JPY: The US dollar is through a correction phase.

The current state of affairs:

In Asian trading, the US dollar is falling against the yen, testing firm resistance at 115.00 for a break.

Since the conclusion of the previous week, when USD/JPY managed to reclaim its local highs from January 10, the US currency has been dropping. The expansion of the Japanese yen is virtually unaffected by Japan’s dismal macroeconomic indicators. Investors responded negatively on Monday to the 1.0 percent drop in the dynamics of Industrial Production in December after rising by 7.0 percent in November. Only a 0.8 percent drop was expected, according to forecasts. Production dynamics declined from 5.1 percent to 2.7 percent on an annual basis when the market predicted a 9.7 percent increase.

Japan’s data is now notably more upbeat. In particular, the unemployment rate declined from 2.8 to 2.7 percent in December, and the Jibun Bank Manufacturing PMI rose from 54.6 to 55.4 points in January, with a neutral expectation.

Bollinger Bands in the D1 chart suggest a slow increase. The price range widens from the previous level, indicating that “bullish” momentum may continue shortly. The MACD attempts to reverse lower while maintaining a buy signal (located above the signal line). Stochastic has reverted downwards after approaching its highs, signaling the risk of overbought USD in the ultra-short-term.