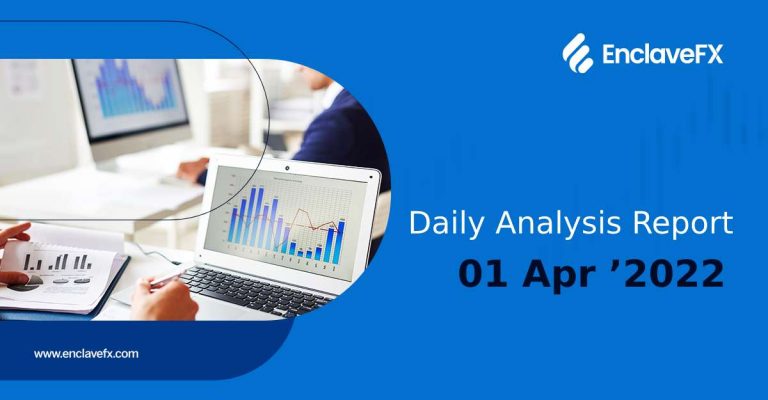 During the Asian session, the European currency trades flat versus the US dollar, consolidating near 1.1060 and looking for new drivers. The euro had weakened sharply against the US dollar the day before, preventing the instrument from consolidating on new local highs set on March 1. The return of the “bearish” trend was owing to a rise in unfavorable emotions about the impact of Russian sanctions on the world economy and, in particular, the European economy. Analysts are attempting to analyze the likelihood of gas supply interruptions to the EU due to adopting a new method for paying current and subsequent contracts in rubles, among other things.

Many European countries have stated that they will not make concessions to Russia, perhaps leading to the Russian Federation’s exports being halted. The EU’s macroeconomic statistics, released yesterday, had just a tiny impact on the instrument’s behavior. In February, retail sales in Germany increased by 0.3 percent, slightly less than market predictions of 0.5 percent. Sales volumes fell from 10.4 percent to 7.0 percent annually, while experts predicted a drop to 6.1 percent. At the same time, on the eve of a possible fresh catastrophe, the German labor market exhibited highly reassuring resilience in March. The country’s Unemployment Change decreased by 18K, easing down following a 33K decrease. In March, Germany’s unemployment rate stayed at 5%, while the euro zones were 6.8%.

During the morning session, the British pound trades with mixed dynamics against the US dollar, stabilizing at about 1.3130. Despite releasing important macroeconomic data from the United States and the United Kingdom, trading activity remains muted. Traders are probably wary of taking risks ahead of today’s release of the final report on the US labor market for March, which will help assess the chances of the US Federal Reserve tightening monetary policy sooner rather than later. Strong figures on UK GDP dynamics boosted the pound yesterday.

.The British economy grew by 1.3 percent in the fourth quarter of 2021, higher than the previous quarter’s value of 1.0 percent. Economic growth was also moved upward from 6.5 percent to 6.6 percent annually. Meanwhile, in March, the National Housing Price Index (not seasonally adjusted) increased from 12.6 percent to 14.3 percent, exceeding market estimates of 13.5 percent. House prices in the United Kingdom continue to rise, indicating rising inflationary risks and possibly influencing the Bank of England’s stance on monetary policy tightening.

During the Asian session, the New Zealand dollar fell somewhat versus the US dollar, forming a rather strong “bearish” momentum established on the market the day before. The instrument is poised to test 0.6900, waiting for new drivers, which might include the findings of the March labor market report in the United States. The general news backdrop remains gloomy, contributing to increased demand for safe assets. The release of US macroeconomic data on Thursday had little impact on the instrument’s movements, although it did increase interest in Friday’s labor market report.

For instance, the number of first jobless claims jumped from 188K to 202K for the week ending March 25, higher than market forecasts of 197K. Extremely dismal macroeconomic numbers from New Zealand are putting additional pressure on the New Zealand currency today. In March, the ANZ Consumer Confidence Index in New Zealand declined from 81.7 to 77.9 points, much below the average analyst projections. The Caixin Manufacturing PMI in China fell sharply from 50.4 to 48.1 points, while the prediction was 49.7 points.

In Asian trade, the US dollar is active versus the Japanese yen, recovering after a three-day loss culminating in re-establishing local lows from March 25. The US dollar is strengthened by expectations for today’s US labor market report release for March. Traders expect the reported statistics to be upbeat, allowing the US Federal Reserve to fully pursue its intentions to tighten monetary policy. Earlier this month, Fed Chair Jerome Powell did not rule out the possibility of the regulator raising the rate by 50 basis points during the May meeting.

On the other hand, the yen is under pressure today following the release of dismal macroeconomic data from Japan. In Q1 2022, the Tankan Large Manufacturing Index declined from 18 to 14 points, marginally better than market predictions of a drop to 12 points. Over the same period, Tankan Large All Industry Capex declined from 9.3 percent to 2.2 percent, while analysts expected 4 percent. Simultaneously, with neutral projections, the Jibun Bank Manufacturing PMI rose from 53.2 to 54.1 points in March.

During the Asian trading day, gold prices are consolidating around 1940.00. The day before, XAU/USD made new attempts to rise and decline, but the asset only managed to gain a small edge by the end of the session. The scenario in Eastern Europe continues to favor the instrument. Following Russian troops’ commencement of major offensive operations in Ukraine’s southern directions, hopes for a peace accord have all but vanished. The Kremlin also stated that the parties to the conflict met in Istanbul earlier this week but that no significant progress in the negotiations was made.

On the other hand, traders are not in a rush to build new long positions on the instrument at the close of the week as they await the release of the US labor market report for March later today. Traders hope that the data will be positive enough to bolster the market’s belief that the US Federal Reserve will continue to tighten monetary policy aggressively.